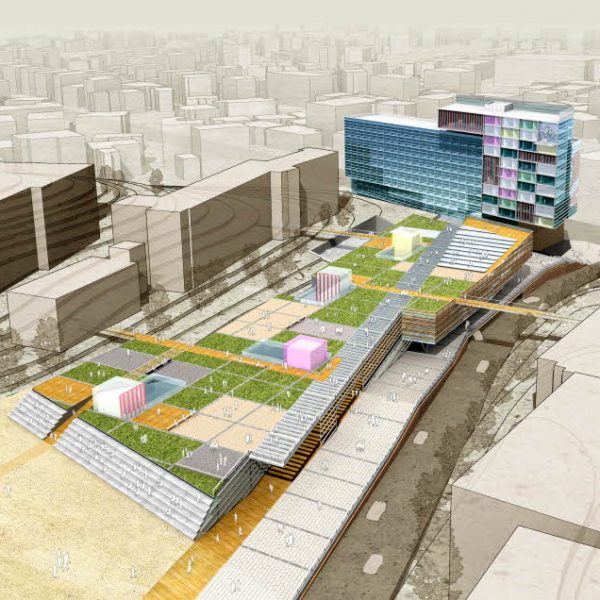 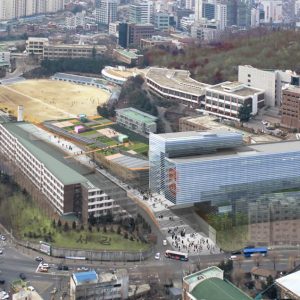 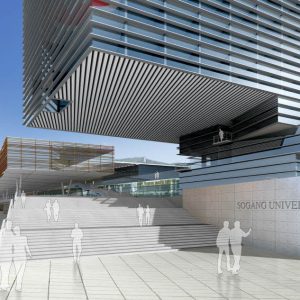 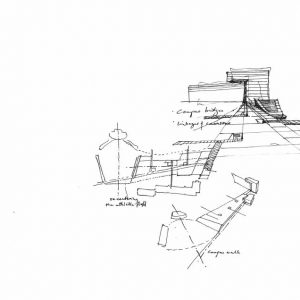 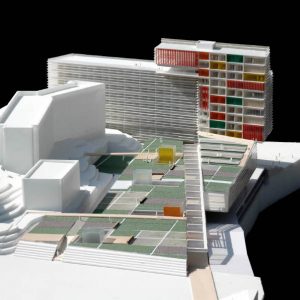 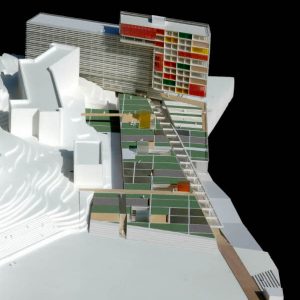 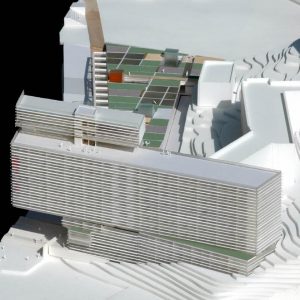 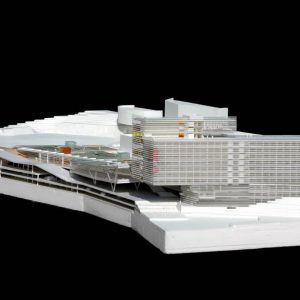 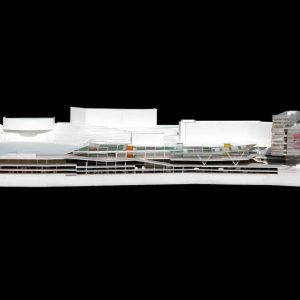 The traditional notion of the Campus Quadrangle or Quad generated the project’s conceptual start. The roof of the underground campus and the dormitory’s west elevation create SogangUniversity’snewestQuad. As an urban campus the need to create an urban boundary and to reinforce the “town and gown” identities created the dormitory’s edge. A large cascading stair and a cantilevered dormitory mass create a monumental gateway into the campus.

As a Jesuit institution, the school has a long history with the Catholic Church and the Jesuits. The precedence of the stained glass is a powerful vocabulary in ecclesiastical structures. We were inspired by Dan Flavin and Donald Judd, among others, in seeking to create an identity consistent with the elements of glass, light and the color spectrum.