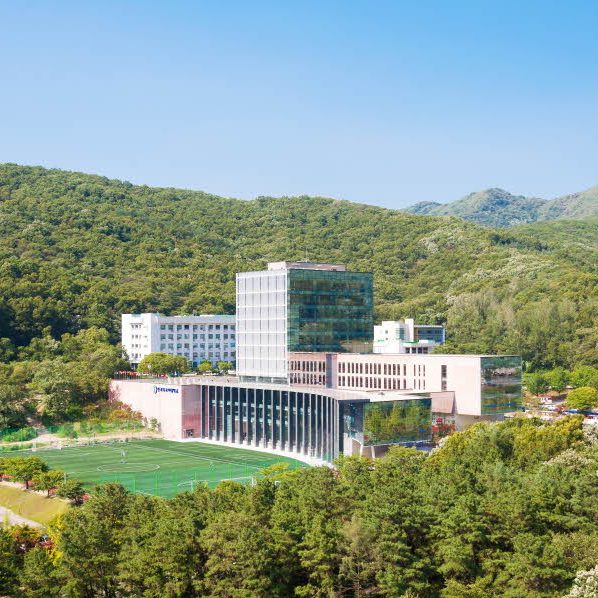 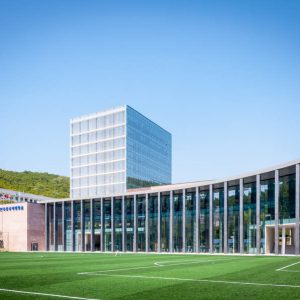 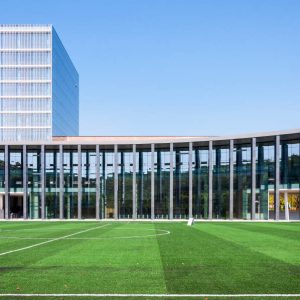 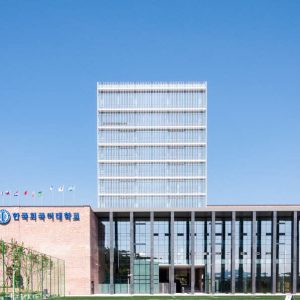 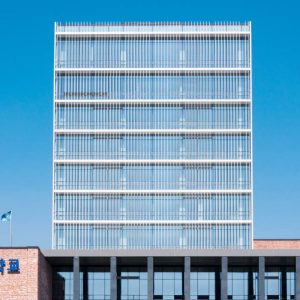 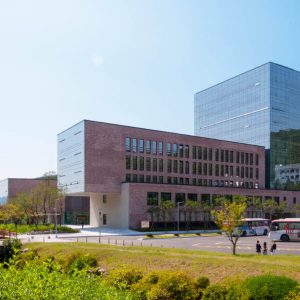 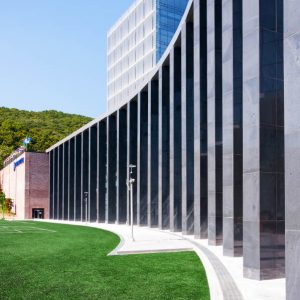 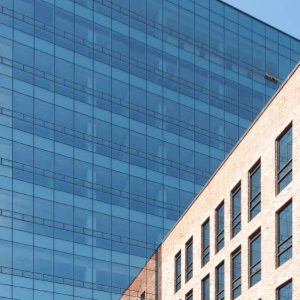 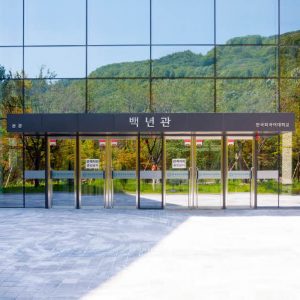 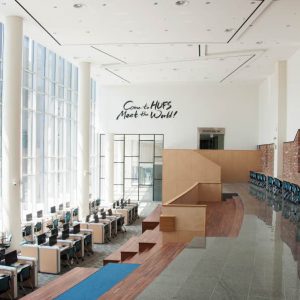 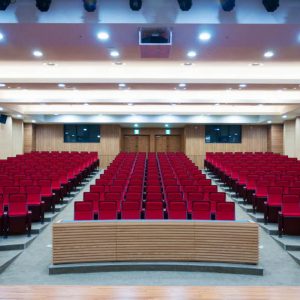 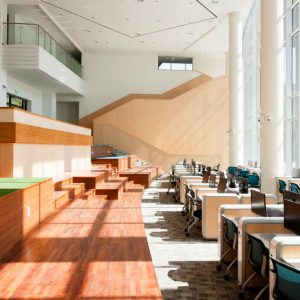 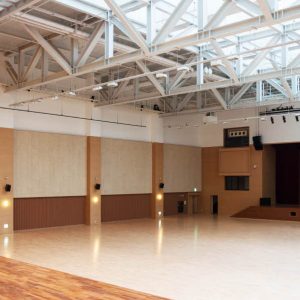 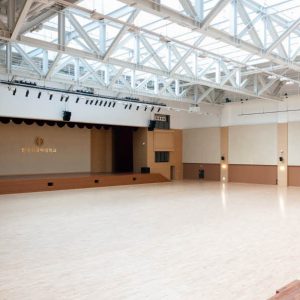 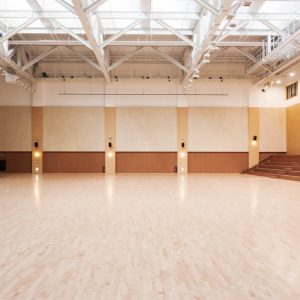 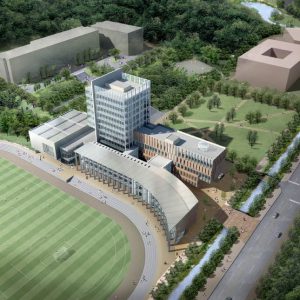 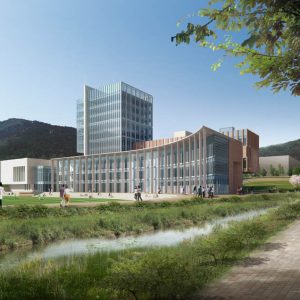 The west side of new building could be regarded as a ‘first impression’ for a first visitor coming to the building through the main gate of the campus even though the west side is not confronting directly to main entry road. Actually, the west facade is perceived as a scenery with natural surroundings of mountainous sky lines to visitors. Conforming to the curvature originated from the shape of the existing playground, the west mass of the building accepts long projecting cornice line of the curve and provides deeply cast in the sunlight awning as well as a warm and generous feeling to the visitors. In addition, the colonnade plays a role of huge sun shading louver. The more importance one thing of colonnade is its strong presence and symbolism through the repetitiveness and massive scale. The receptiveness itself presents the iconic gesture and lets pedestrians experience the various perspectives . The contrast between horizontal mass of colonnade and vertical tower box is emphasized each other as cross-referrence in terms of scale, and materiality. The new headquarters building is not only a spatial linkage conn-ecting the playground and campus quad but also is a geometrical linkage betw-een smooth curvature and rigid straightness.

According to the use of the space, five space volumes depend on the direction with different materials. Tower and the lobby are becoming a glass box, east lecture hall with brick box, and the multi-purpose hall with metal box and then they are integrated with natural light in the courtyard.